Gyanmitra Saraswati is the Co-founder of the social enterprise SWAN Foundation for Ayurveda and Yoga Research, based in Goa, India. Through this he is engaged in various activities to promote the traditional knowledge of Ayurveda and Yoga to the community, by conducting need- based programs to help the people who need it the most in the local community.

He is also the Co-founder of SWAN Yoga Retreat, where he is responsible for managing and teaching the courses conducted during the season, from October to May. For the rest of the year, Gyanmitra is living on the island of Mallorca, where he is sharing his knowledge and experiences with people by conducting various seminars and courses of Yoga, Yoga Philosophy and Yoga Nidra.

More information about it can be found on the website : https://yoga-retreats mallorca.com/.Gyanmitra is a trained yoga teacher with many years of experience. He was primarily trained at the Bihar school of yoga, where he was also initiated into Dashnami Sannyasa by his Guru Swami Niranjanananda Saraswati and into the ancient yogic & tantric practices.. 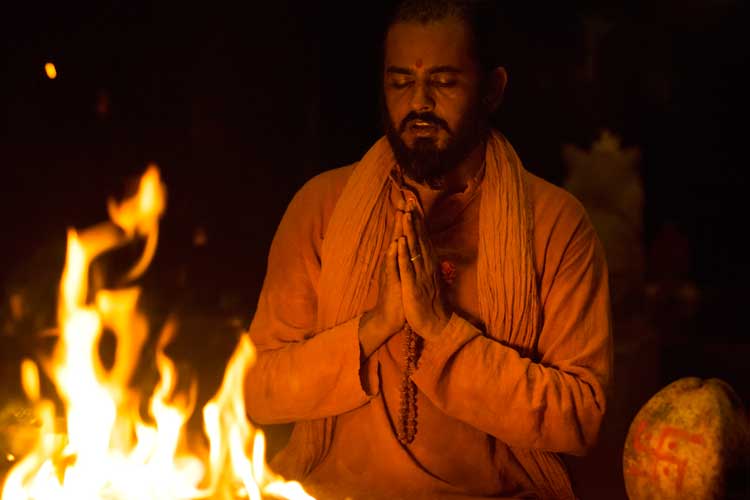 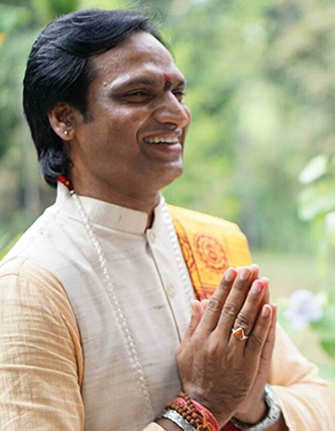 EKNATH is a certified yoga therapist, trainer and consultant. He gained the wisdom of Yoga under the direct supervision and teachings of his Guru at Bihar School of Yoga. He extensively studied yoga, naturopathy, chakra healing, pranic healing & Ayurveda right from certificate courses to a post- graduate diploma in Yoga.

Dedicated his life to the alternative remedies since 1999. He is an expert in Asana, Yoga Nidra & cleansing techniques or detoxification of body. His main contribution leads to training camps, seminars for corporates, Indian army and Naval officers.

He was the yoga coach of IPL team kings XI Punjab. He has been a personal trainer for many celebrities and industrialists.

Shivendra is the co-founder of “SWAN Foundation for Ayurveda and Yoga Research”. The non-profit foundation works towards creating yogic life-style among the citizens and also assist the under-privilege and destitute women and children. The foundation is working in tune with the Ministry of AYUSH, Government of India.

Shivendra has MSc and BSc. degree in Yoga and over 15 years of yogic experience.

During summer (June-September), Shivendra visits to the UK, Europe and other countries to deliver lectures on yoga philosophy. He specialises in delivering lectures and conducting workshops on “Yoga & Happiness Analysis”. . 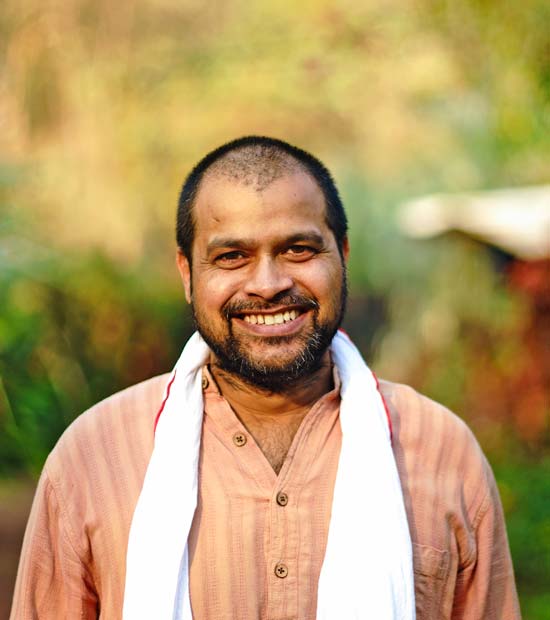 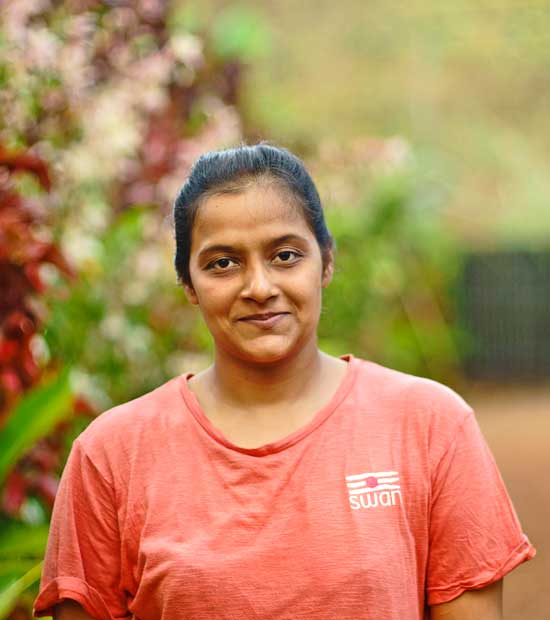 Dayamurti, the guiding force behind the asana and pranayama of Classical Hatha Yoga taught here at SWAN Yoga and Meditation Retreat in Goa, India. A disciple of Swami Niranajanananda Saraswati of the Bihar School of Yoga, in Munger, India. Daya holds a Master’s Degree in Yoga, MSc. (yoga education) from SVYASA University, in Bangalore, India. In addition, she has completed various other yoga courses from reputable organizations and yoga ashrams. Yoga courses of particular importance include: MSc. (Yoga Education) BSc (Yoga Philosophy & Sciences) from SVYASA, in Bangalore, India.

Yoga instructor course from SVYASA, in Bangalore, an advanced yoga teacher training course at Sivanada Ashram, in Neyyardam, Kerala. In addition, Daya has completed four-month yoga certificate course from BYB, in Munger, India and a yoga teacher training course, in Rikhia, Jharkhand. Very dedicated in her teaching and to the simplicity of spiritual living, Daya’s here at SWAN Yoga Retreat is very much enjoyed and appreciated by everyone.
*She is currently not here with us for her personal reasons.

Om is from a family whose lineage is connected to one of the great saints of Bhakti Movement of the middle ages named Sri Ramananda, who was the guru of the great mystique-poet Saint Kabir Das. After studying engineering for few years, he knew that his calling in life was not a career in the world of technology, but rather the quest of finding God, and this lead him to his Guru Sri Swami Niranjanananda Saraswati of Munger.
He stayed in ashram for more than three years training under his Guru. During his time in the Ashram he was involved in work related to conducting various Tantric rituals like Puja, Havan (fire ceremony), Anushthanas, Chanting of Mantras and specific practices related to the Tantra. He was also involved in teaching Asana, Pranayama and other practices related to Yoga to the participants of the Yoga Courses being conducted at the ashram during his time there. At SWAN Yoga Retreat Goa, he is responsible for the Tantric and Vedic rituals conducted here on a regular basis besides teaching and conducting the special yoga retreats we organize from time to time. His simple yet very passionate way of talking is loved by one and all. A lot can be said about him, but to make it short: he is OM. 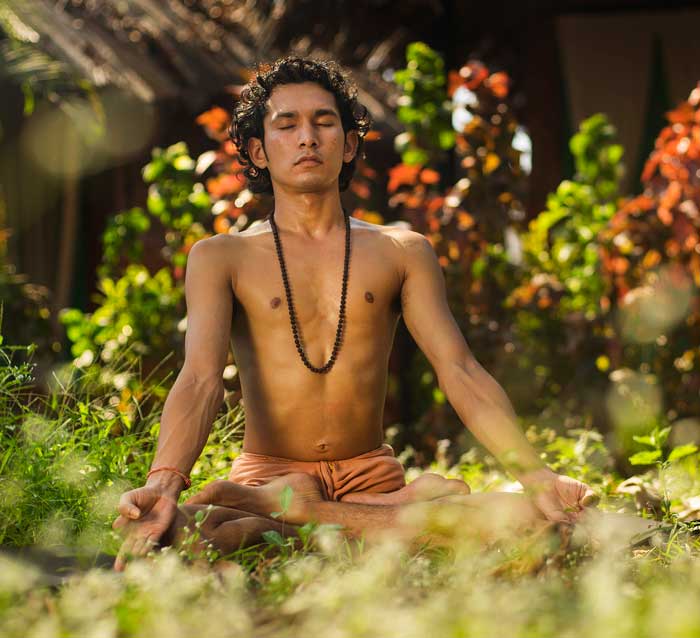 Swami Taponidhi Saraswati, was initiated into the Dasnami Sanyasa tradition by his Guru Paramhamsa Swami Niranjanananda Saraswati, and has been a full-time resident at the Bihar School of Yoga since 2001. He holds a Master’s degree in applied yogic science from the Bihar School of Yoga, in Munger, India and has been involved in disseminating the art and science of yoga as taught by the Satyananda Yoga tradition. While conducting and teaching yoga programs, he brings out the vision of the sages creatively and intuitively, promoting the evolution and improving the quality of life. Sami Taponidhi is a visiting faculty to SWAN Yoga Retreat. He is presently conducting yoga camps entitled Yoga begins with Pratyahara at various location in India and particularly in Mumbai, India. 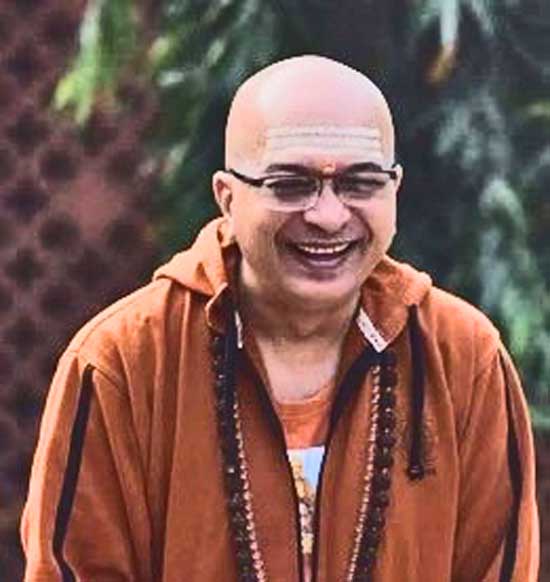 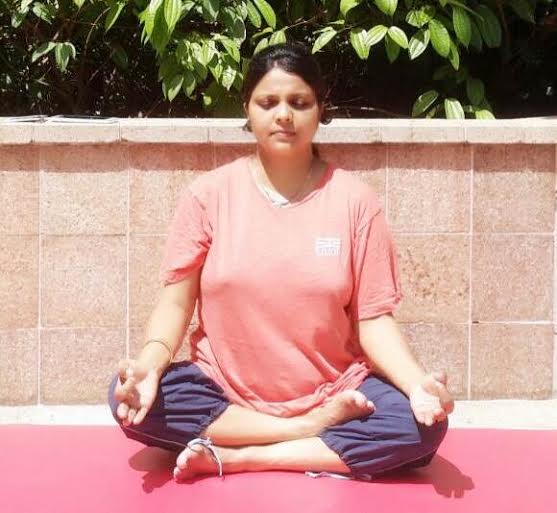 Dimple found yoga at a difficult time of her life and willingly or not has been having a torrid love affair with it since. Her adoration of yogic movement derives from the stage of her first pregnancy complications where she met one Guru in her home town Ranchi (India) at Yogoda Ashram and Yoga has since transformed her lifestyle on so many levels, from a couch potato housewife to a person mindful of what she puts in her body.
Taking a break from her Legal career she did her teacher training from Bihar. After suffering from gestational diabetes and grossly overweight, she began to delve into the therapeutics and the restorative abilities of yoga.

She has since trained with teacher such as Gyanmitra Saraswati and started non-profit yoga awareness programs in Tayside Hindu Cultural & Community Centre, Dundee, Scotland, United Kingdom. After moving to India, she had been teaching yoga at Vasant Kunj Sports Complex, New Delhi. After her husband relocated to Singapore recently, her passion to spread yoga awareness in this part of globe is brewing up. She teaches Basic and Intermediate, Hatha and Vinyasa styles of yoga and Yoga Philosophy. She firmly believes that the body is the best teacher and always let the breath lead the movement. “Amateur face off with Yoga” is her moto which she experienced herself a decade back.